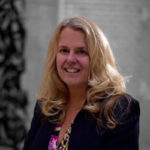 I admit, the first time I saw the “Thank You, Mom” commercial Proctor & Gamble (P&G) did when they partnered with the Olympics, I had tears in my eyes.  It was moving and extremely well done.  I was at the Women Spanning the Globe conference in Baltimore Maryland when Marc Pritchard, Global Brand Director for P&G, showed it to a group of professional women as a way to think about partnering with other businesses or organizations for effective marketing.

I remember immediately feeling emotional as a mom, but also left out as a working mom.  I mentioned this to the group of young women at my table (who happened to work for P&G) and they told me to say something because they felt the same way.  I did not say anything.  At the time I was not quite sure why I was bothered so much by this endearing advertisement.

Fast forward to the next year; I attended the conference again (great conference) and again Marc was there with a new version of the “Thank You, Mom” commercial. This time I decided to speak up. That year, I had been at many conferences to learn about gender inequity, and I felt not only empowered but obligated to say something.

So I stood up and mentioned to Marc that, although I thought the commercial was wonderful, I felt left out, as if I had to choose between being a mother who could raise an Olympic athlete or a mother who had a career.  Marc addressed my comment, stating this was not the first he had heard it. Then, to my delight, the ambassador of Sweden, who was a guest speaker, spoke up to point out that the commercial would not go over well in her country because there were no dads in it, and in Sweden, they strongly emphasize the dual parenting role.  In Sweden, they neutralize the stigma around the primary caregiver and/or career versus parenting roles by offering equal time for maternity and paternity leave. And to top it off, Michael Phelps’ mother spoke up to offer the fact that she has been a single, working parent for Michael’s entire Olympic career (Michael is the number one all-time record holder of the most Olympic gold medals).

Fast forward to the next Olympics and, “Ta Da,” the P&G commercials are not only less gender biased, but they are also leading the way to promote young girls and women in areas where the female gender is considered less qualified or somehow just less.  The commercial “Run like a Girl?” is a P&G commercial that has changed the way we see and say things that were systemically ingrained in us as “normal.”

I am not saying that my comment to P&G changed their strategy, but maybe it opened the conversation, and maybe it helped others speak up too. So many times we are afraid to say something, and instead suffer in silence because we dismiss our thoughts as not important. Women in particular struggle to make themselves heard. I encourage you to show up and speak up as much as you can and as often as you can. But even that is not enough. We need to take an x out of X’s playbook and make sure to amplify what women say—at the conference, on the floor of Congress, in the boardroom.

Since these conferences, I have been honored to attend a powerful conference focused specifically on diversity in STEM (Science, Technology, Engineering, and Math) at the White House. Yes, that White House!  It was here that I learned the most about implicit bias and how huge of a deal it is when addressing inequity. How do you fix something you don’t even know is broken? Our behaviors and unconscious thoughts about everything are systemically developed over years. These cause reactions to things (like the commercial – Thank You, Mom) that are as natural as breathing.  One of the best (objective) studies done to combat gender bias was conducted by McKinsey on the low female versus male ratio in orchestras. Conductors relied on the widespread assumption that female musicians had a different tonality than men. So the researchers hid auditioning musicians behind a screen so the conductor could not tell if the candidate was male or female.  This resulted in the selection of a much higher percentage of females. This is implicit bias.

So, what do we do about it?

First, arm yourself with the vast knowledge that already exists about how implicit bias functions in our society. AGC can help you there.

Second, learn the limits of your own implicit bias by taking the Harvard Implicit Bias Test.

Third, locate how implicit biases shape your company’s hiring and promotion practices, teach others in your organization about their implicit bias, discover and develop new ways to challenge the implicit biases that continue to hold women back in the workplace.

And don’t stop there.

Do you have suggestions for locating and eliminating implicit bias in the workplace? Leave a note in the comments below. Do you have questions about how we can help your company deal with implicit bias, contact us today!